First of all, I want no credit for thinking of this activity.  It was all Jon Orr’s idea, which you can read here, I just adapted it to use Google Forms and Google Sheets.

So I wanted students to graph the f(x)=log(x) function for the first time, but how boring is plotting x and y co-ordinates? Also, I wanted them to make some big picture connections:

I didn’t tell them these ahead of time or course, but that was my goal.

I then sent students a link to the following form on the class site, and instructed them to complete it:

As they completed the form one by one, the screen in front of the room became littered by random points… 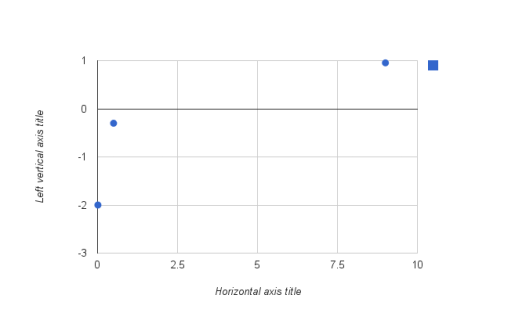 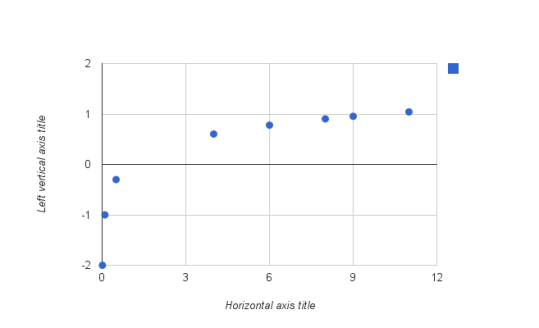 And finally we had this: 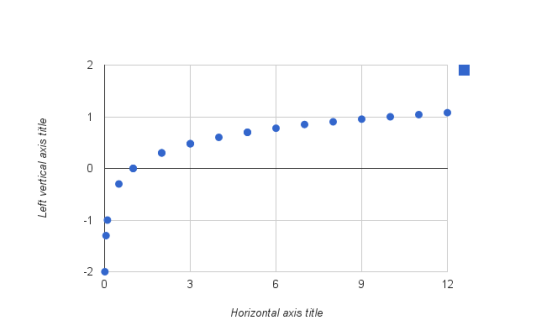 So first I said that I wasn’t happy because I didn’t know where these numbers were coming from and what they meant, so we talked about labelling the graph.  This is what we came up with:

Then I asked the students to describe to me in math terms what this graph looks like.  They picked out the x-intercept as (1,0) and one other key point at (10,1) which I was impressed by. Then, they asked me if the y-axis was an asymptote.  I said I don’t know (because that’s usually my answer), so they wanted to check.  They decided to plug in x=0.0000001, and add it to the graph (I just had another student submit a second response to the form that I sent, and the point appeared on the graph). 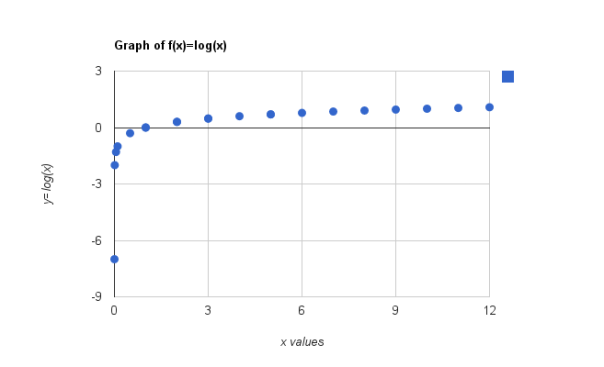 So we decided yes, its an asymptote.  They did a similar process to determine that there’s no horizontal asymptote (even though they said it looks like there may be), but we also decided that this graph increases REALLY slowly.

Ok, so we now had key points and features, and we were all happy.  We then talked about the fact that this looks interestingly similar to the exponential graph, and got into inverses the next day.

So…how did I make the magic happen?

When you create a Google Form, a Google Sheet is created to gather responses.  Each field in the Form gets collected in a separate column in the Sheet.  So, when my students responded to the Form, the populated my Sheet.

Before I sent out the Form, I went to the Response Sheet and selected the two columns where the responses to the Form WILL go.

I then created a Scatter Plot. 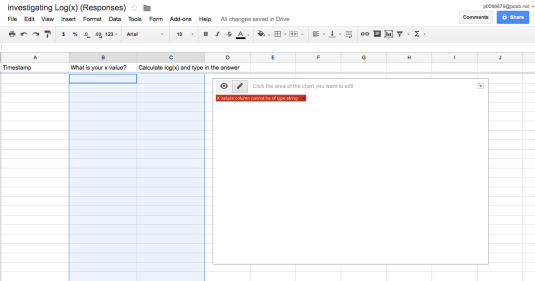 The columns and the scatter plot were obviously blank to begin with, but as soon as students filled the Sheet with responses, the Scatter Plot filled itself. 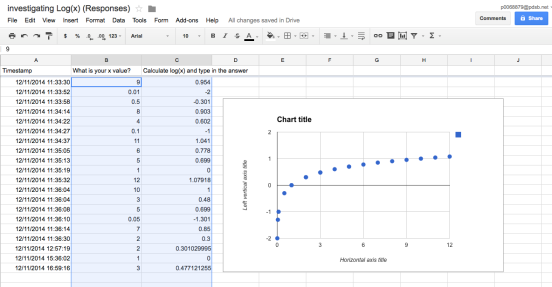 When I displayed this to the class, I just zoomed in on the empty scatter plot, and as they entered their responses…bam…magic.

My next goal is to make this work for points of intersection for Linear Systems, where one student will have an x-value which will have a y-value which fits on both lines… I’ll let you know how it goes.

One thought on “Make Co-ordinates Come Alive with Google Forms”